Back in the Green Mountains- June 2008 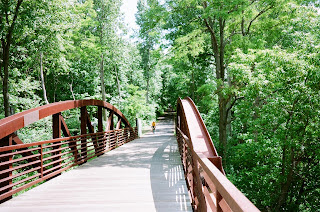 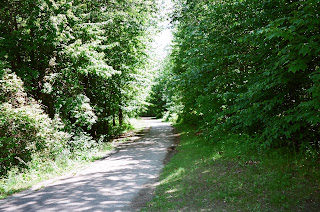 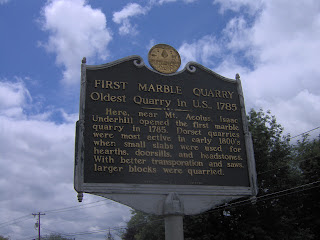 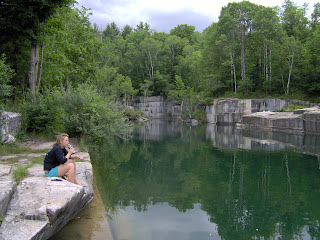 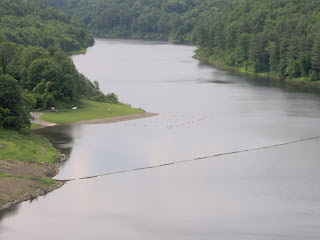 I'm happy to be back in the state of Vermont, and enjoying the Green Mountains. Remember from my first visit in October, 2007. I said that Vermont is not a state, it is a state of mind!

There is a story how I came back to Vermont for this trip that should be told. To be honest it wasn't my first choice for my summer vacation. I had planned to go with long time friend Radar Gutzman. To visit his hometown of Deep River, Ontario, and his family. However that trip fell through. Because I gave Radar the wrong dates for the week I had off from work. After the mistake was made. Radar couldn't get his week switched to coincide to my week off. So that trip was scrubbed!

Then I was talking with long time friend at work, Liner. Liner is also a advent traveller. He suggested to me to travel to Nova Scotia for my week off. I thought "That is an excellent idea." "I have always wanted to go there." I quickly put in a call for my talented travel agent Tanya. To see if she could prepare travel arrangements for me, on such short notice. Tanya came through with flying colours. Tanya arranged a return flight for me to Halifax on West Jet airline for the cheap price of $340. The price was a bargain for sure. West Jet had a seat sale on, and I was able to take advantage of it. I paid for the ticket and started to get very excited with the opportunity to see Nova Scotia. Tanya also arranged a rented compact car for me as well.

I was suppose to leave for Halifax on June 14, 2008. The scheduled time for the flight to depart was 4:30 P.M. I woke up that morning feeling great. After all I was on vacation. What better feeling could you have then that? I was already 85% packed and ready to go. I felt that I should stick to my normal schedule. I decided to go on a bike ride. It would help me to stay relax, and give me some exercise prior to the flight to Halifax. Everything was fine until I decided it was time to take a well needed shower. I emptied my pockets in my shorts. I couldn't find my wallet. Where was it? I searched all the usual places. I couldn't find it. I searched the house from top to bottom. Still I couldn't find my wallet. I couldn't go on the trip without it. It contained a large quantity of cash, plus my driver's licence. Without my driver's licence, I couldn't rent a car. That would ruin the whole trip. At 3 P.M. I still couldn't find the missing wallet. I believed that I had lost the wallet during my bike ride. I did go back out and ride the same route. Just hoping for some miracle the wallet would be found. I was forced to make the painful decision to cancel my trip to Nova Scotia. I was distraught!

On Sunday the 15th. Things would soon improve. I went out to my car, to go and do some shopping. I unlocked the door, and opened it. I couldn't believe what I was looking at. There was my wallet. Sitting on the front seat of the car. I had no recollection how it got there. I had no suspicion that the wallet was there, and failed to even look there for it. I was just happy that it was found. I informed my family members that it was found. My mother suggested that I still try and arrange a holiday. I was in favor of that. I tried to arrange an airfare to Halifax. However the seat sale was over. The cost for the flight was now much more. Then the thought of seeing the Green Mountains again. Started to look like the obvious choice for me. I quickly got the phone number for the Hotel Coolidge, located in White River Junction on the Internet. I had stayed there in October. Sure enough they had hostel accommodations for me. I finished packing and loading my car in 15 minutes. I was on my way back to Vermont!

The drive seemed to go by quickly. Before I knew it I was on route 11 heading north towards Rouses Point N.Y. and Lake Champlain. Crossing this magnificent lake on the bridge. I yelled "Good Bye Real World"! I was very glad to be back in Green Mountain country. I made my way to interstate 89 south. Which would take me to White River Junction, and my Vermont home, the Hotel Coolidge.

My second week in Vermont was dedicated to finding all the best swimming spots. The weather was very nice for my Green Mountain holiday, number 2. Most days were cloudy in the beginning, and then became sunny and the temperatures ranged to the low, to mid 70's Fahrenheit. The best swimming spot was the old marble quarry located in the village of Dorest, just outside of Manchester. This quarry is the oldest in the U.S. and was opened in 1785. Swimming there was a divine experience. The second best was North Heartland Lake, located near Quechee. Again I have very high praise for the Green Mountain people, food, and beautiful scenery that is your constant companion, during your Vermont stay. The last day of this trip was spent in Burlington. I did have an amazing bike ride along the Burlington Bike Path. This bike path stretches for miles along the shores of Lake Champlain. That night I had the most amazing Thai meal at a restaurant called "Parima". I told the friendly waiter that I was on holidays from Canada. He then informed me that I had to come back at 9 P.M. for there live entertainment. A local band called "Ragged Glory" was to perform. They were a Neil Young tribute band. I came back and the show was excellent. High praise goes out to Ken French and his son Jesse. What an excellent job they did! What a great way to end my second trip to Vermont. This trip was better then the first! The third trip will be better then the second! I have fallen in love with the land of Green!
Posted by Donald W at 5:07 PM No comments: