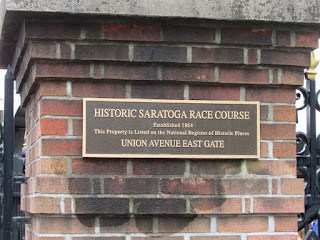 I have to say it was a great experience having the chance to enjoy the classic old race track. That is located in the town of "Saratoga Springs" N.Y. One of the world's greatest horse racing venues. That was created in 1864. In the world we live in today. In the year 2017. A world where the sport of horse racing. Is being replaced by casino gambling. As the popular addiction people have, for pushing buttons playing the slot machines. A world where the old and classic sporting venues have been replaced. With bigger and more modern venues. That contain all of the modern convenience. That most sports fans of today demand.

However one of the best examples of the old traditions of a sport. That is still alive and reigns supreme. Can be found on Union Avenue in Saratoga Springs New York. For when you reach Saratoga Race Course. Affectionately nick-named "The Spa". And pass through the turnstiles. You will quickly become apart of living history. You have now been transported back to another time into our distant past.

Saratoga Race Course was designed to be a place where the athletes that compete. The racehorses that put on the show.  Feel at home in a peaceful and natural environment. Also the race fans are very well treated. Where they get the chance to picnic relax and get away from the real world for awhile. Located in the expansive area around the paddock and walking ring. Allowing the horses and people to interact in a very positive way. If you are a race fan enjoying Saratoga. Just like visiting a classic Baseball Park from the past. You truly wish you can never leave! The tradition of allowing the fans to bring their own coolers into the track remains. As fans are allowed to enjoy their own food and alcoholic beverages and enjoy the provided picnic tables. This is a great idea on a visit to the "Spa" as the choice for food and beverages at the historic track are plentiful. But the prices are sky high! This is the only real reminder that you are in the year 2017 and are not back in the year 1920.

Just a great venue for horse racing should be. When you look out at the racetrack and beyond. You won't see a city. Or a "Concrete Sea". Including pavement, high rises and modern inconsequential distractions. All you will view is Mother Nature at her best! Total green beauty. Which will help to relax the body and the mind. The only excitement you will witness. Is when Larry Collumus says "Their Off". And a race at "The Spa" has begun. I have included some photos from my experience enjoying Saratoga! 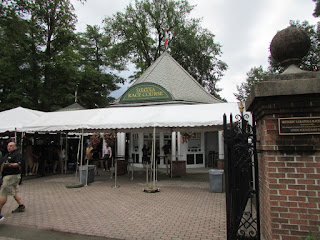 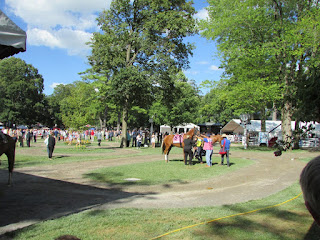 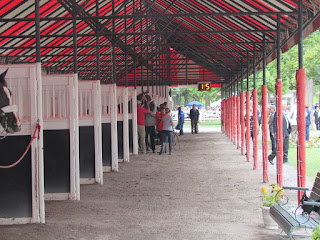 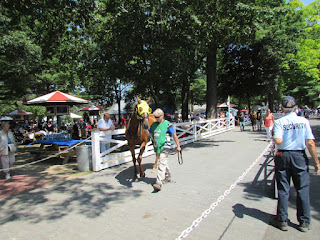 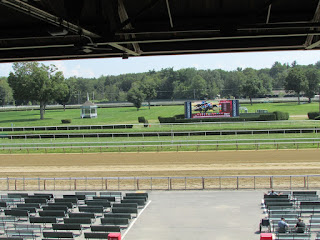 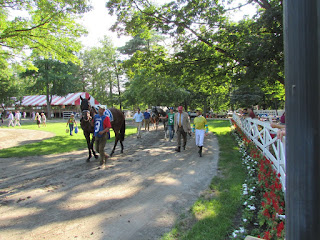 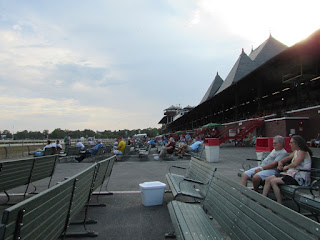 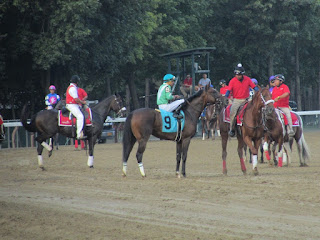 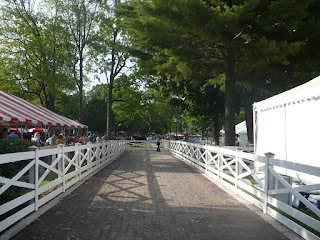 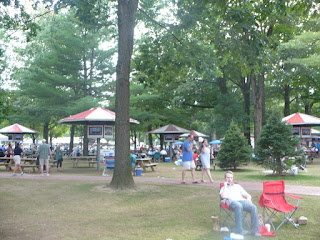 The following photos are of the "Big Red Spring". The natural Spring that is located at Saratoga Race Course. For all to enjoy! This mineral water has a unique taste and naturally carbonated. 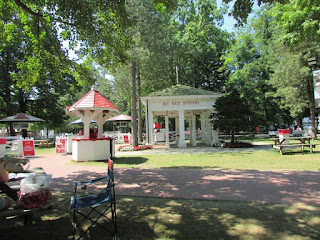 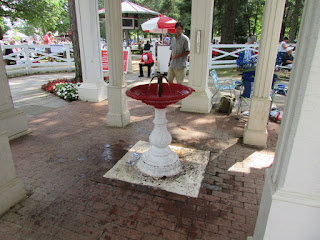 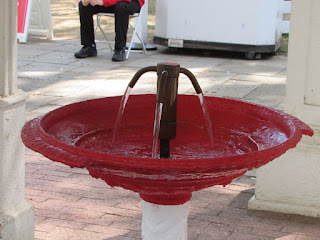 The "Big Red Spring" is named after "Hall of Fame" racehorses "Man 'O'War" and "Secretariat". The Spring has been available at Saratoga Race Course since 1975.

Back At The Spa! 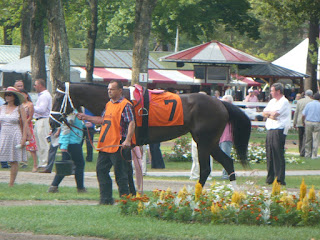 I'm here. I really am. It is so exciting to back for a visit to Saratoga Race Course! It is the perfect way the sport of Thoroughbred Horse Racing was meant to be enjoyed. A special pleasure that has endured since 1863. Yes pull off of highway 87 onto Union Avenue in Saratoga Springs New York. And you have accelerated back in time. To a more special time to visit a very special place!

My brother John and I have come back to enjoy some great racing excitement at the Spa! I have included some photos from the courageous winner of the final race on the racing card today. A very talented and brave filly named March X Press. Recovered after a very poor start to win the 5 1/2 furlong turf finale! 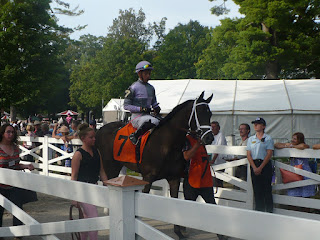 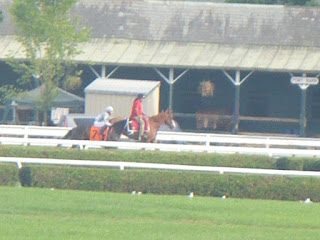 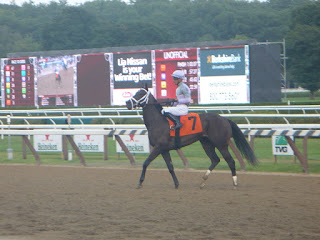